I'm not playing any "triple A" games at the moment; Watch Dogs, Killzone, Assassin's Creed 4 and CoD Ghosts are just sitting on the shelf at the moment. I'll go back to them when the mood takes me. 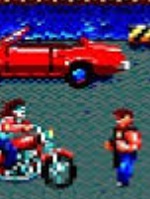 I have a huge list of games currently on the go:

Gone back to KillZone shadowfall at the moment.... Its a weird game excites me one minute bores me the next, shows some stupid bugs one minute good AI the next... very mixed bag

One night I was at the end of mission 7  and you man a gun turret.... now I was shooting for  ages and nothing happening then id die rinse repeat rinse repeat  ... I read online and it said this should be easy and last next to no time.... Loaded it up in the morning replayed the level got to that point jumped on the gun shot for what seemed like 30  seconds and it ended the level saying id won I cant think of it being anything but some kind of bug

Still working on the DLC trophies for Muramasa Rebirth. Got them all for the first two add-ons but still need a couple for the third one, it also shouldn't be long until the fourth (and final) DLC gets released.

I've also returned to TLOU and am making my way slowly through my Survivor+ run whilst also dabbling with the multiplayer again, which I do really enjoy despite not been very good at it

Bound by Flame (bog standard and cliched but the decent combat has made it good fun to play)
Pure Pool (addictive)
Lego City Undercover (good fun in small doses)
Trine 2 (frustrating but enjoyable too)
_________________
Smoke me a kipper, I'll be back for breakfast!

My copy of Diablo III Ultimate Evil Edition arrived yesterday so me and the wife made a brief start and did first couple of quests.

I'm really impressed with this console version of the game. I looks and plays great and the controls are perfect! So perfect that I might actually prefer them to the traditional mouse controls 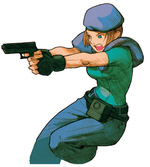 After being a bit 'meh' about it, I finally was roped into playing Hotline Miami a couple of weeks ago by a mate of mine. We played it round his taking turns when we died. This was probably the best way to introduce me to the game as it really accentuated the 'just one more try' attraction of the game and I now love it.

Such great fun and ideal for a quick a blast here and there on the Vita.

MarkySharky wrote:After being a bit 'meh' about it, I finally was roped into playing Hotline Miami a couple of weeks ago by a mate of mine. We played it round his taking turns when we died. This was probably the best way to introduce me to the game as it really accentuated the 'just one more try' attraction of the game and I now love it.

Such great fun and ideal for a quick a blast here and there on the Vita.

Yes! The music is perfect for the game! Great example of the soundtrack genuinely adding something to a game.

Started the Left Behind DLC for TLoU Remastered today.

MarkySharky wrote:Started the Left Behind DLC for TLoU Remastered today.

Only played that recently myself. Whilst a little too short I thought it was excellent stuff.

I'm enjoying it but don't understand the love for it as yet.

I got one of the 3DS Mario games sealed for £5 and wont open it... I think its sticker star  .... Drives the Fiance crazy the fact she cant play it  lol

Now playing Transformers: Rise of the Dark Spark. This game got mauled by critics, but I had a game to trade in plus a voucher, and there was nothing else available I really wanted to get, so decided to get this. After the first level, it's ok, pretty standard Transformers game fare. It does start very suddenly with no build up or story introduction, which is a shame, as the story was some of the better elements of the previous games. This title is meant to bridge the stories between the Cybertron games, and the latest movie. Its too early yet to see how though, as it narratively it seems a bit messy right now. The Transformers themselves look really nice and detailed, but the environments are shockingly poor, with immoveable objects, jaggies, and low res textures you wouldn't accept even last gen. Controls as a robot are fine, and there are inventive weapons and moves, but the vehicle stuff is shockingly bad, and requires a weird combination of button presses just to drive in a straight line. It might be a fun playthrough quickly, to keep me entertained, and then traded right in for something better, as we are on the cusp of some good game releases soon.
_________________

Im glad to see someone talk about it Wolvie  ... it's only £25 on Shopto for the PS4 version which equal parts enticed me and worried me. Im a big transformers cartoon fan but dislike the new movie so with it being a mix I have felt kind of Mixed

Played a lot of Diablo 3: Ultimate Evil Edition with the wife over the weekend and had a blast.

We played so much that we have taken down Diablo and have made a start on Act V which was introduced in Reaper of Souls. The wife's initial confusion with the overwhelming amount of stats and abilities has subsided as she has learnt to rely on the little up and down arrows for quick equipment choices and my input for the more complicated ones. For skills she is all over it, crafting a Wizard which maximizes lightning damage as much as possible.
_________________
BioWare bummer of the year 2014

I'll be picking up the Transformer game on PC at some point but only when it's dirt cheap.

For some reason, and I really don't know why considering I have got so many games on the go, I decided to add one more to the list tonight. I am now playing Batman: Arkham Origins Blackgate - Deluxe Edition on PS3. I only played for a short while, enough to complete the opening, and it is great. In a 2D format, it effortlessly conveys the feeling of playing the full fat Arkham games, with stealth, platforming and combat nigh on identical. It looks like it will be good fun...just need to find the time to play it, or actually start completing some of these things.
_________________

Been giving a couple of this months PS+ games a try on the sub-account.

Velocity 2X may actually be halfway decent although it's also not something I can see me wanting to play for long. As for Playstation All-Stars, what a pile of shit, although TBF a poor rip-off of a fucking shit over-rated franchise never really stood a chance anyway.

I loved Joe Danger. I might be inspired to go back and play some more of it now. There's so many collectibles and mini challenges to keep replaying tracks for.
_________________